It’s a contract between the City of Ottawa and Waste Management, and among other things sets out a “Host Community Fee” that Waste Management will pay to the City as compensation. It’s formally known as the “West Carleton Environmental Centre Municipal Host Agreement”.

I’ve been following the Carp landfill file closely even before I was elected, as a journalist and as a concerned resident. Residents and community associations have been engaged for more than a decade through various stages of the approval process.
Waste Management received provincial approval for the expansion of the current landfill on Carp Road in 2013, so next week’s decision isn’t about approving or rejecting the facility. That decision has already been made. Still, the HMA is important and we need to make sure we’re getting the best deal possible for residents.
The contract in front of us is a voluntary agreement for Waste Management.  They’re not required to provide compensation under Provincial law, but these types of agreements are a best practice at most facilities in North America.
The negotiated agreement includes an annual host community fee of $3.35 per ton of waste collected at the landfill. Combined with other compensation fees in the contract, the City could collect upwards of $1.4-million per year or $16-million over the lifetime of the landfill. (This is in addition to any commercial property taxes that are due from Waste Management. )
The money would be used to fund various community projects. As a resident, one of my chief concerns was adding more transparency to how these funds are used, and I look forward to being involved as we create a new process to ensure fairness and accountability in the management of the funds.

The City has also negotiated to reduce the collection area for the landfill. Originally, Waste Management received approval from the Ontario government to accept waste from the entire province. Under the contract, Waste Management would limit that service area to include only parts of north and east Ontario (see map below).

Through previous steps in the approval process, the company will be required to pay the City over $380,000 for park improvements. They’re also required to upgrade Carp Road to handle additional truck traffic that will be accessing the site. These are above and beyond any compensation in the HMA.

At committee next week I will be asking staff to explain why the compensation rate and other conditions are considered appropriate and fair. What comparables did they consider, and how did they determine that this is an appropriate amount of compensation to offset the impacts of a landfill operating near our community?

If residents have questions or comments, please contact me. You can also provide formal comments to FEDCO or register to speak at the committee by contacting Committee Coordinator Carole Legault at 613-580-2424 x28934 or CaroleA.Legault@ottawa.ca. 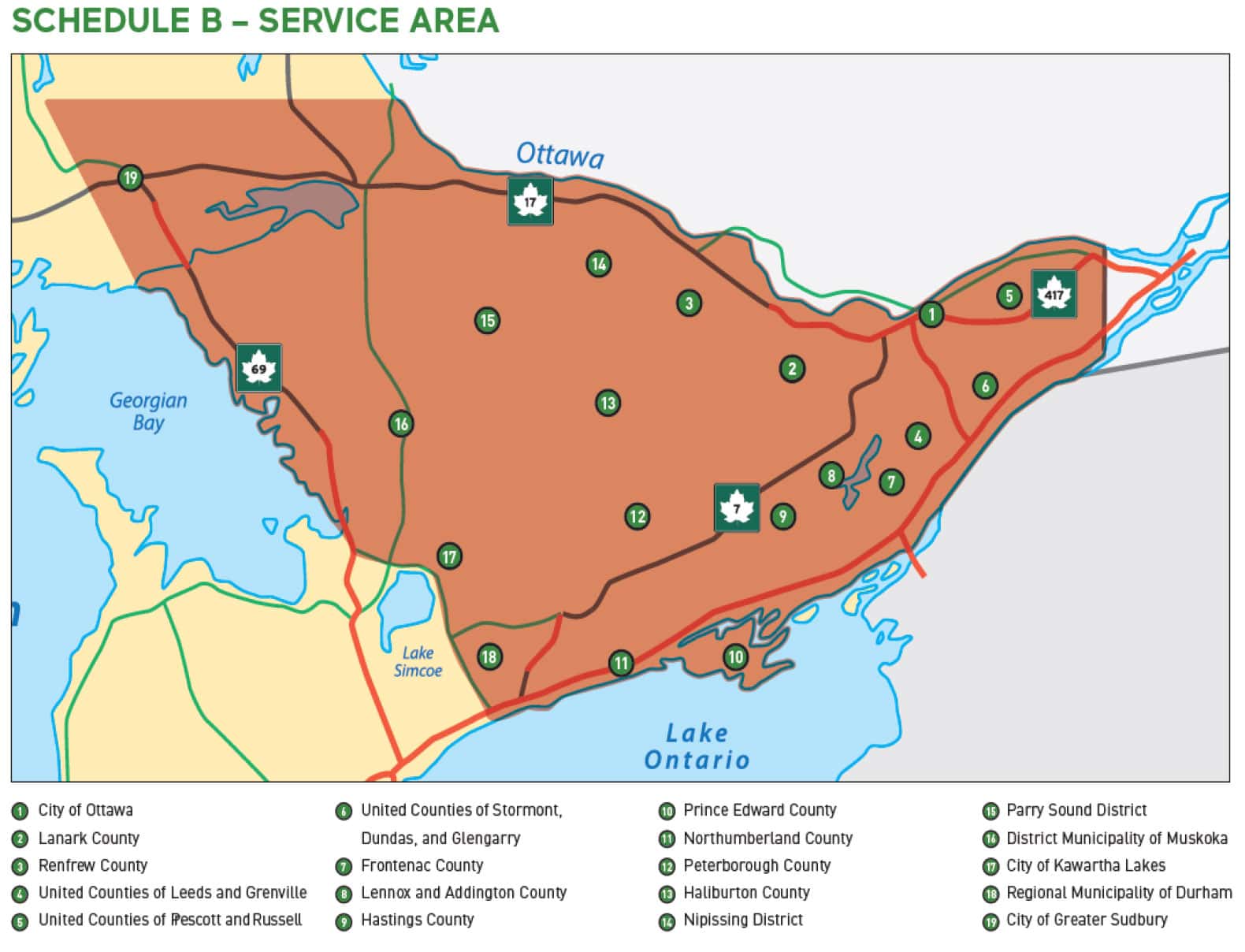